We spent a few days in Goa, a state in western India situated along the Arabian Sea. Up until 1961, Goa was a Portuguese colony; it’s a major tourist destination now and is famous for its beaches. It’s India’s wealthiest state, with a per-capita GDP nearly three times that of the rest of the country. While we’re not so much for beaches, Goa is also famous for its tropical flora and fauna, and we loved visiting one of its spice plantations.

A spice is a seed, fruit, root, bark, berry, bud or vegetable substance primarily used for flavoring, coloring or preserving food. Spices are different from herbs, which are parts of leafy green plants used for flavoring or as a garnish. Modern cooks definitely do not appreciate our plentiful and inexpensive supply of spices and herbs, many formerly so valuable that they were used as currency. (Want to incorporate more fresh herbs into your cooking? Join me on June 10 at the Denver Botanic Gardens. Learn more here!)

A green cardamom plant, which will produce the familiar little seed pods. 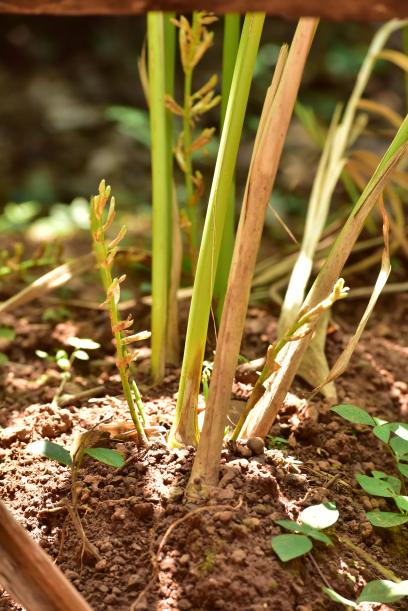 Black cardamom, which in Indian cuisine is used only for flavoring and isn’t eaten, unlike the green cardamom pods.

The majority of the most common culinary spices are grown in tropical areas, roughly twenty-five degrees north and south of the equator. This is the same area of the world where coffee and cacao are grown, too. 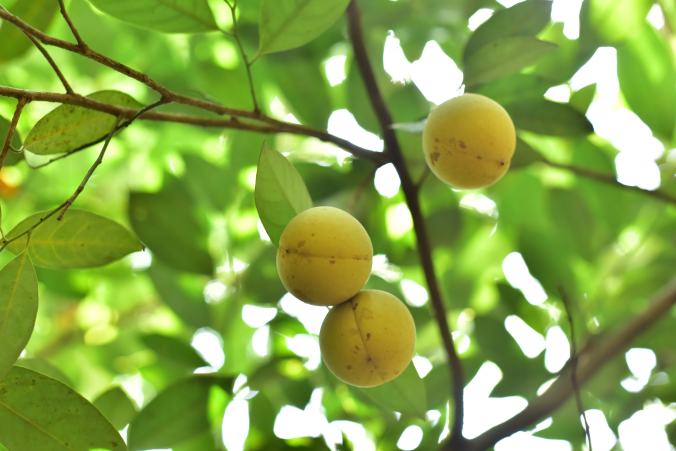 Nutmeg on the tree.

Two of our most-loved baking spices, nutmeg and mace, both come from the same tree. Nutmeg is the seed and mace is the lacy covering of the seed. This is the only plant that produces two different commercially viable spices.

This plant looks rather unassuming, but it’s actually the world’s second most expensive spice, after saffron. That vine will eventually produce vanilla pods.

Turmeric is the new trendy ingredient in everything from lattes to roasted cauliflower. Here, the root has just been harvested…

…and here it’s for sale in the market.

Black, green and white peppercorns all come from the same plant – like tea, the variation lies in how they’re dried and processed. (Pink peppercorns come from an entirely different plant altogether.) These were once so valuable that a serf could buy his freedom with a pound of peppercorns. 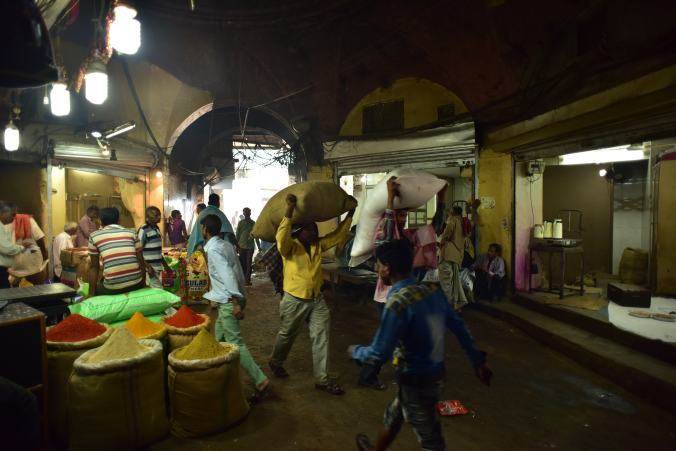 A gorgeous array of after-dinner refreshers, mostly based on fennel seed.

The next time you’re rummaging through your spice cabinet, remember that these seemingly innocuous plants changed the course of history! And while those of us in temperate zones can’t grow these spices without a greenhouse, you can easily grow lots of useful culinary herbs like basil, parsley, chives, mint and more in containers or a backyard garden. 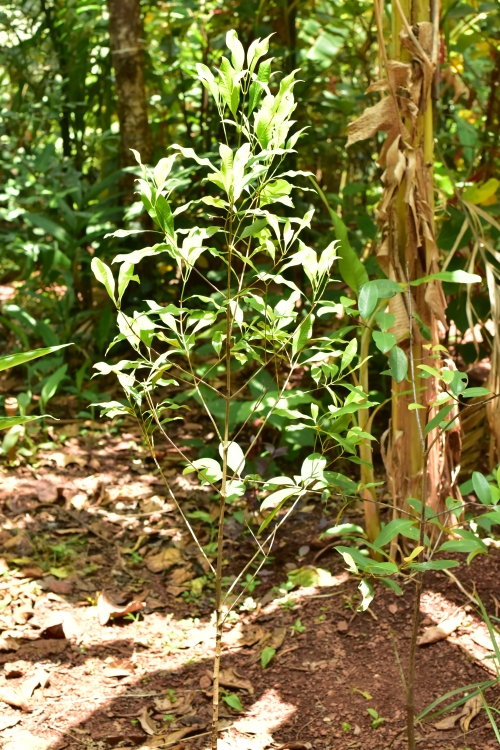 And if anyone can tell us what tropical spice plant this is, we’d be most grateful…it’s the only one we didn’t make a note of!