After water, tea is the most-consumed beverage in the world. It is produced in forty different countries in Asia, Africa and South America; China is the world’s largest tea grower, followed by India. 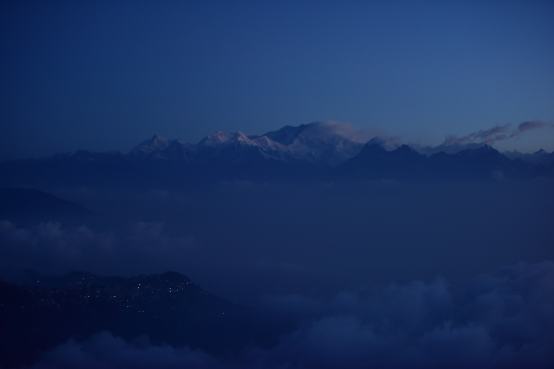 The eastern Himalayan range as seen from Tiger Hill, Darjeeling. 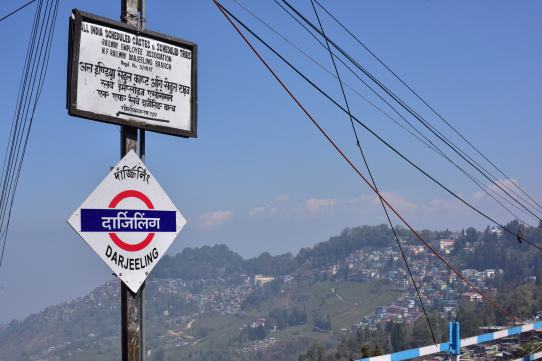 India is particularly famous for its Darjeeling and Assam teas, from the regions of the same names. We visited Darjeeling, which sits at close to 7,000 feet and was a famous “hill station” during the colonial era.

In Darjeeling, tea is grown on steep slopes like these. Pickers – always women – harvest tea leaves into bamboo baskets they carry on their heads or backs. The pickers are paid about $2 a day for a minimum of ten hours of work. Leaves are harvested no matter the weather; the flush refers to the season when the tea was harvested. We visited during first flush, which is the first time the plant is harvested after its winter dormancy and produces the most flavorful and sought-after tea.

All true tea – white, green, oolong and black – comes from the leaves of the camellia sinensis plant, an evergreen shrub native to Asia. Herbal teas, like mint, chamomile or lemongrass, are technically tisanes and not teas since they contain no camellia sinensis. Once a tea bush is healthy and established, it can produce healthy leaves for about eighty years.

On the street, chai is sold everywhere in tiny terra cotta cups for 10 rupees (about 15 cents). After drinking, the cups are smashed on the ground.

India is famous for its chai tea, which is black tea blended with fragrant spices like cinnamon, cardamom and cloves, and served hot, milky and sweet. On the trains, chaiwallahs prowl the carriages selling drinks to passengers. Sometimes you even get little cookies, too! 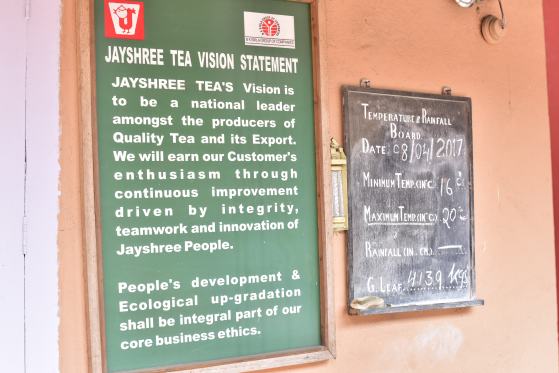 As with any agricultural crop, monitoring temperature and rainfall is paramount.

After harvesting, the green tea leaves are “withered” to reduce moisture.

The difference in teas simply comes from how it’s processed. White tea is the most expensive and only comes from the very best tips of the plant. Green tea isn’t fermented, leaving it delicate and soft; both black and oolong teas are fermented, which gives them a stronger flavor. True tea will always contain at least a small amount of caffeine; the amount depends on how the tea was processed and fermented. Herbal “teas” will only contain caffeine if it’s been added in.

The tea leaves are exceedingly delicate before they’re dried and rolled.

The rolling machines crush the dried leaves to start the oxidation process.

The Darjeeling region is famous for delicate black teas that are traditionally served without milk or sugar. Because these teas aren’t as strong or tannic as Assam teas, they can be enjoyed straight. Darjeeling isn’t actually that big and produces a relatively small amount of tea; it’s common to find tea labeled as “100% Darjeeling” when it’s simply lower-grade tea from elsewhere in India. As with places like Champagne or Stilton that also produce unique foods or drinks, the name itself is a valuable brand and one that’s often misappropriated.

The tea is placed into drying machines to remove remaining moisture. 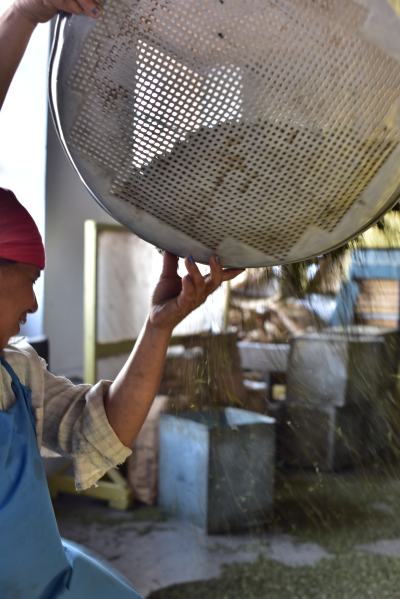 The dried tea is sifted and graded.

After the tea has been dried and sifted, it’s separated into grades of loose tea and “tea dust,” for bagged tea. Tea purists will always opt for loose tea; it is definitely of much higher quality than bagged tea. There is no arguing the convenience of tea bags, however.

True tea aficionados will swear that you must use exact measurements when brewing tea, such as two grams of tea for eight ounces of water. Like cooking, however, I believe that what matters most is your own palate. Start with the professional guidelines and adjust from there to find out what you like best – I prefer my tea much stronger than most “experts” recommend, so that’s how I drink it. Ultimately, it’s your tea and you should drink it the way you like it. 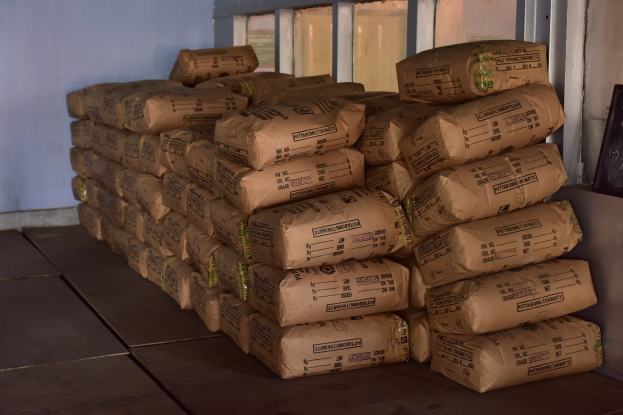 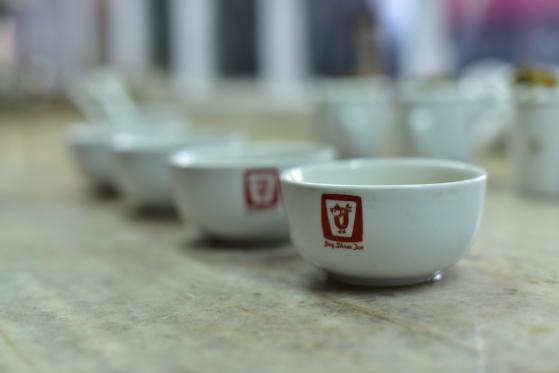 Tea is without question one of the world’s healthiest beverages (when it’s not loaded with sugar, obviously!) and Americans are slowly starting to explore the range of delicious teas available. Interested in learning more about teas and how to taste properly? Try here, here or here!