We’ve (sort of) relocated to the Western Slope, and we’re focused on meeting as many local farmers as possible. If we truly intend to start Quiet Farm here, and if we intend for it to grow into a thriving business, building a strong local producer network will be key to our success. To that end, when we’re not driving around looking for property, we’re visiting farms and ranches who practice the same sort of farming we plan to embrace. 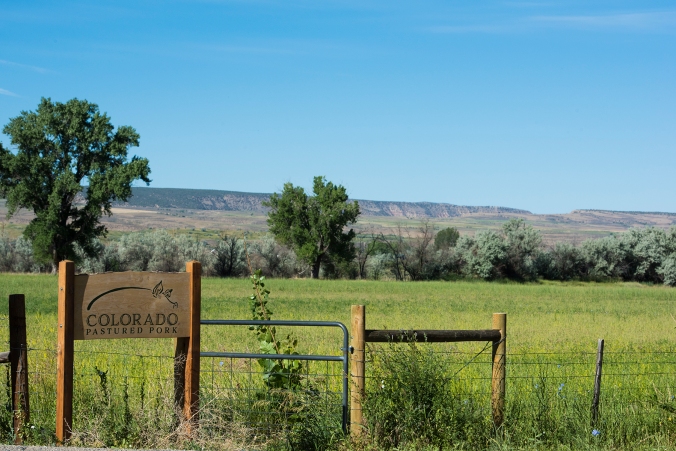 The Western Slope – specifically Delta County, where we’re currently based – has a long history of agriculture, but most of those ag products were shipped to population centers in Denver (to the east) and Salt Lake City (to the west). Now, with “local food” and “agritourism” evolving as valid ways for poorer counties to earn revenue, there is a movement afoot to encourage small farmers and other sustainable, innovative producers to make their mark here. Surprisingly, Delta County has more acres of organic farmland than any other county in Colorado (I know, we thought it was the Kingdom of Boulder, too). 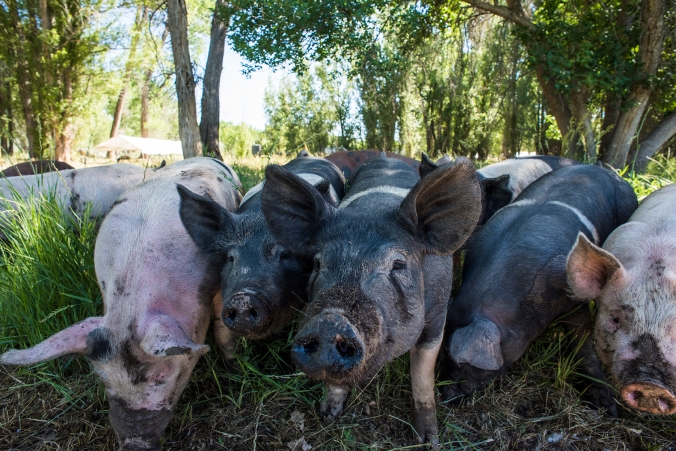 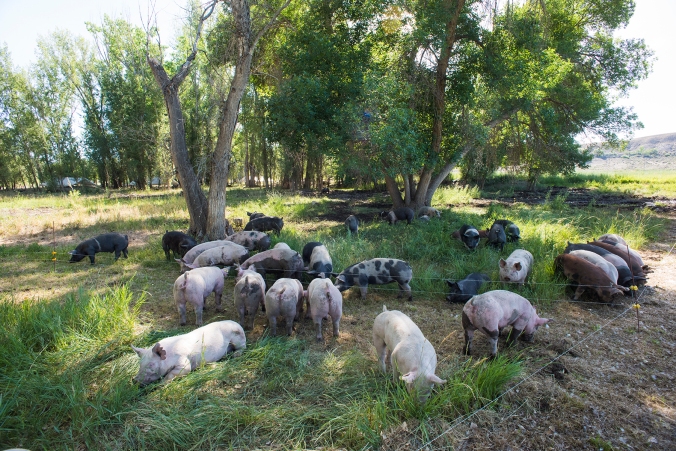 Toby McPartland, a first-generation farmer and rancher, started Colorado Pastured Pork just under four years ago, on a dilapidated thirty-four-acre property outside of Hotchkiss. He spent months painstakingly renovating the old farmhouse and the outbuildings and readying the pasture for pigs. Contrary to CAFO practices, pigs do not thrive in tiny cages with wire-mesh floors with no space to turn around. They’re not healthier when fed a steady diet of low-grade antibiotics. They do not taste better raised over toxic cesspools of their own waste (which obviously also poisons our soil and water and air). 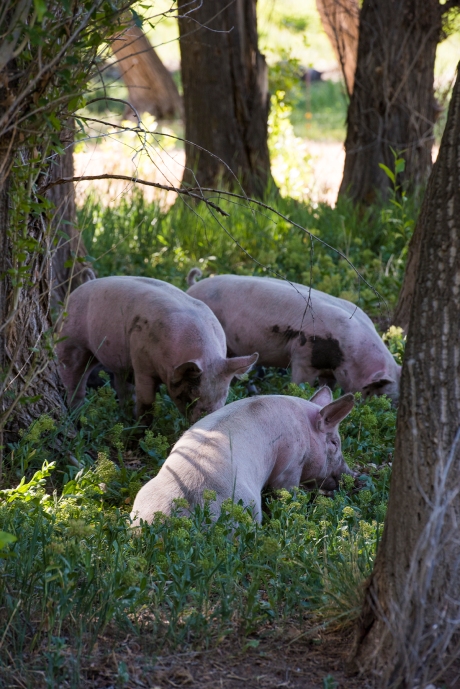 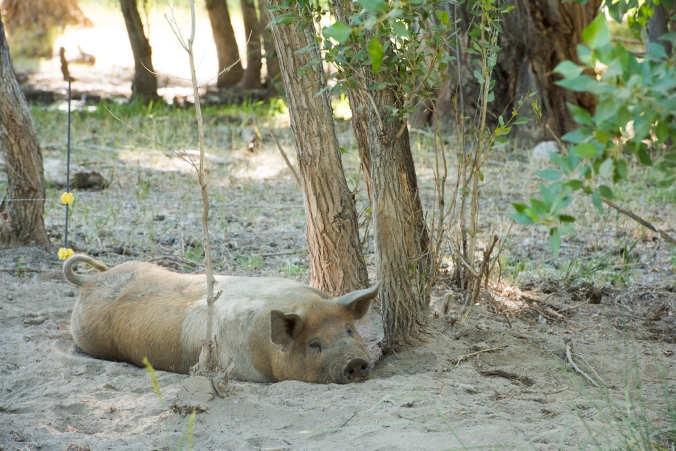 Small farm guru Joel Salatin talks about healthy farms as holistic enterprises that allow every organism to express its innate qualities: “the pigness of the pig, or the chickenness of the chicken.” In the case of pigs, that means rooting, foraging, digging, aerating and wallowing in mud pools. Pigs are hugely beneficial to Toby’s pasture; they turn it over, aerate it, trample it, fertilize it and make it as healthy as possible so it regenerates without being doused in chemicals; the pigs’ natural behavior is encouraged by moving the animals to fresh pasture every two weeks. 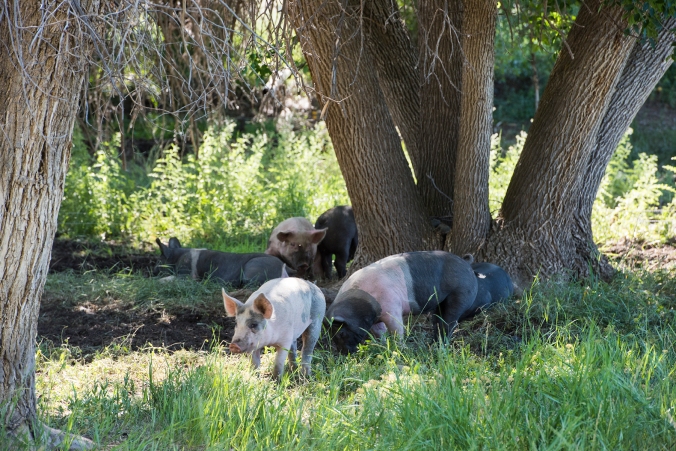 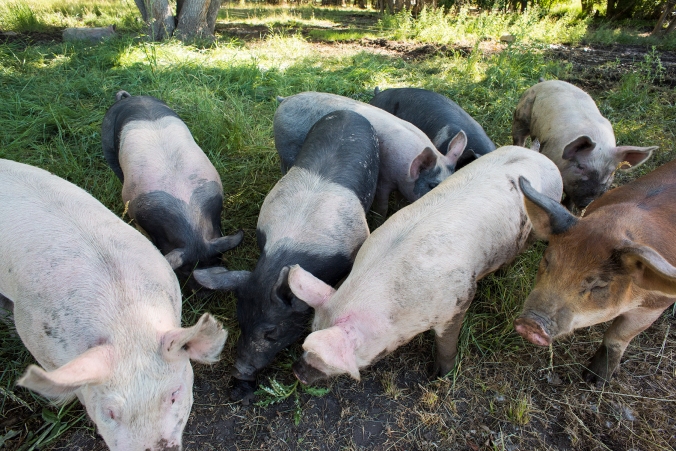 These pigs spend their entire lives on pasture, supplied with everything they need to flourish. Did you know that pigs can be sunburned? Or that they can’t sweat? There is plenty of shade in the pasture, and on particularly hot days, Toby creates vast mud wallows so they can cool down. None of this matters, of course, if your pigs have never actually been outside – it’s called factory farming for a reason. And did you know that pigs are as intelligent as a three-year-old child, often smarter than the dogs that we worship and provide with the very best of care? Why don’t our meat animals deserve that same respect? 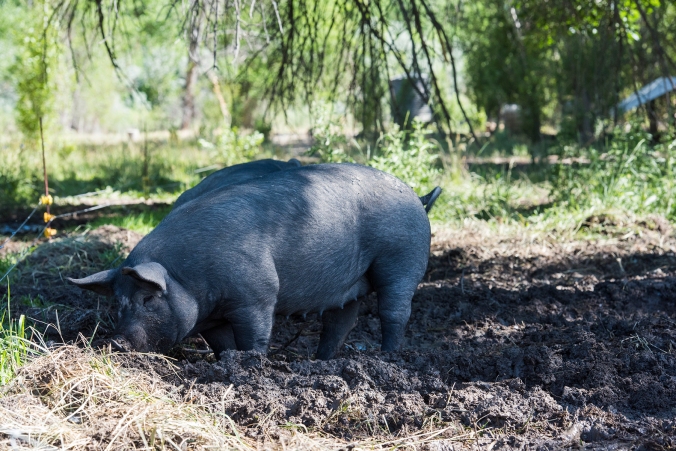 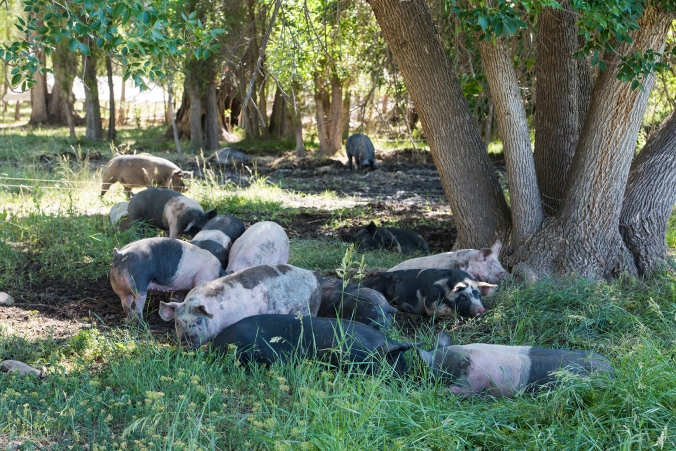 Obviously, pastured pork of this quality isn’t available for 99 cents a pound in your local supermarket, a price kept artificially low by vast government subsidies for cheap corn and soy. But consider this retort from author Barry Estabrook, who authored a 2015 book on the meat industry called Pig Tales: 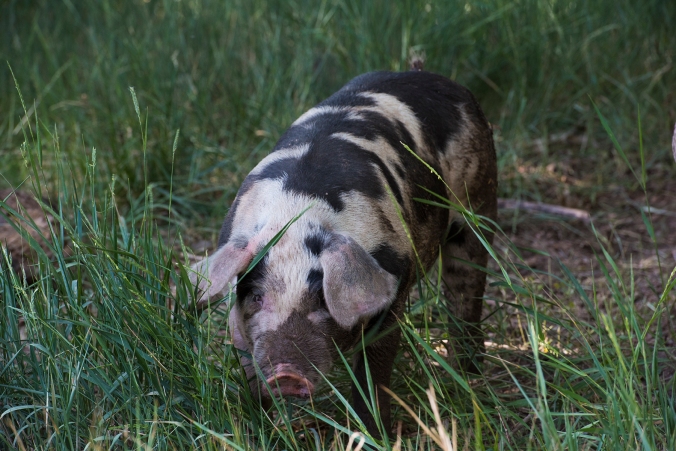 Many thanks to Toby for hosting our visit to Colorado Pastured Pork and for introducing us to his happy pigs. Learn more about his farm here!

P.S. We’ve visited many amazing farms on our travels and profiled them here in our Farm Series. Try this, this, or this.