N was very keen on visiting the famous snow monkeys near Nagano, the site of the 1998 Winter Olympics. We traveled by train from our farm in the little mountains up into the serious mountains where at least a foot of fresh powder had just fallen. This is the largest skiing area in Asia, a network of nineteen different resorts spread over thousands of acres.

Snow monkeys, or more accurately Japanese macaques, are native to Japan and found all over the country, but nowhere do they behave like they do at Jigokudani. During spring, summer and fall, the nomadic monkeys have plenty of food high up the steep forest slopes and are rarely seen, but in winter they’re forced to search harder for sustenance. The park opened in 1964 after a local railway employee started feeding the monkeys in winter.

These monkeys are known for their particular habit of bathing in the natural hot springs that also draw so many visitors to the area. Legend has it that one baby monkey decided to dip a toe into the hot springs and found it very much to his liking. He introduced his family to the wonders of the local onsen and the rest, as they say, is history. Once park rangers figured out that the monkeys would bathe in the hot pools during the winter, they built a small pool along a river with pathways where visitors can observe the monkeys at close range (for a fee, of course). 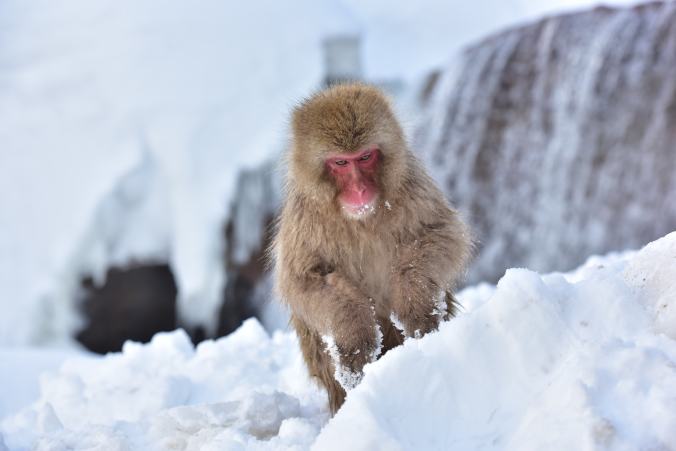 What makes this place so special is that the monkeys are neither disturbed by nor interested in the human visitors. Visitors are told explicitly not to bring food either for themselves or the monkeys, and as long as that rule is followed the monkeys are perfectly happy to go about their daily activities unfazed by the throngs. Monkeys will walk right by you, sometimes climbing over you if you’re impeding their path, but they’re neither aggressive nor timid. It’s a remarkable experience – as close as possible to actually seeing animals living in their natural habit without the restrictions of a zoo, but safe for both monkeys and humans. 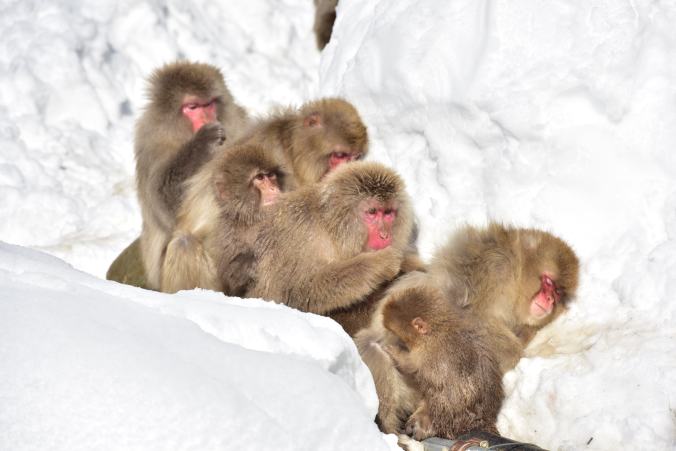 The monkeys have carefully structured family groups and are constantly involved in small skirmishes, foraging and grooming. They also seem to love frolicking in the snow, followed of course by some relaxing hot tubbing. Seeing the monkeys in the hot pools is really funny, if only because they act so human. 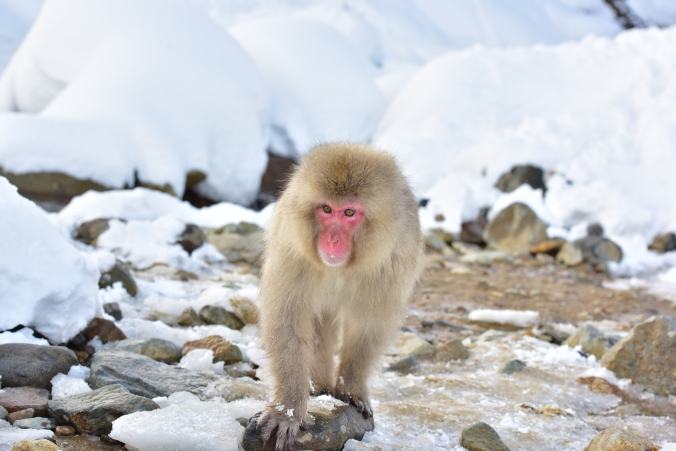 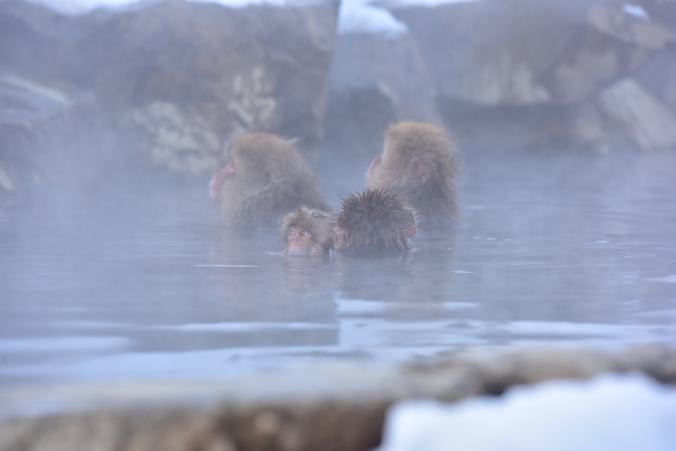 The best part about the experience is that while there were hundreds of people there, everyone was extremely respectful. It was very quiet and very peaceful; no one shouted at or harassed or teased the animals, and the pathways weren’t littered with trash. It is the only place in the world where these macaques can be observed so closely, and it was absolutely worth the travel effort to see these fascinating creatures. 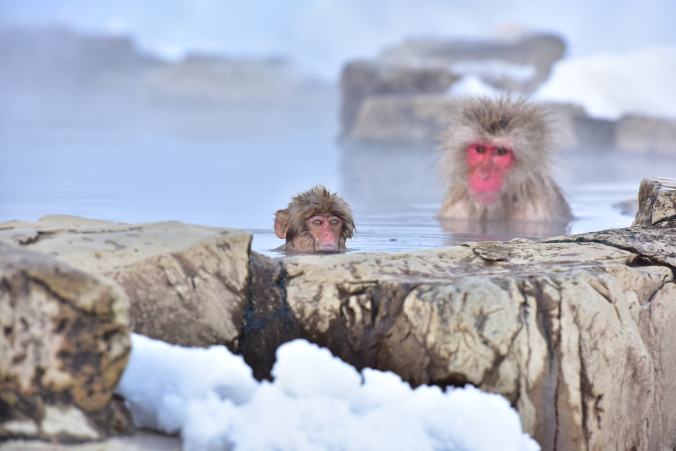