Between filming Hobbit movies and grilling lamb chops, New Zealand also manages to make some pretty decent beverages. Wine represents a hugely important component of New Zealand’s agricultural exports; craft beer has always been second fiddle to wine here, but the microbrew industry is definitely on the rise. We obviously wanted to be as fair and open-minded as possible, so we made sure to taste just as much beer as we did wine during our time here.

Hops are the flowers of the female hop plant (Humulus lupulus), and they’re used primarily as flavoring and stability agents in beer. 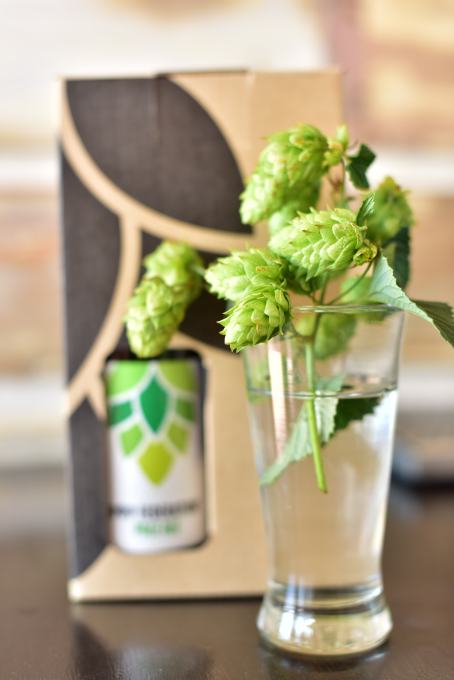 All of New Zealand’s hops are grown in the Nelson region on the South Island. As the craft beer industry has exploded around the world, hops have become a much more lucrative crop.

Rule No. 1: when photographing for your blog, find a friendly, amenable bartender. 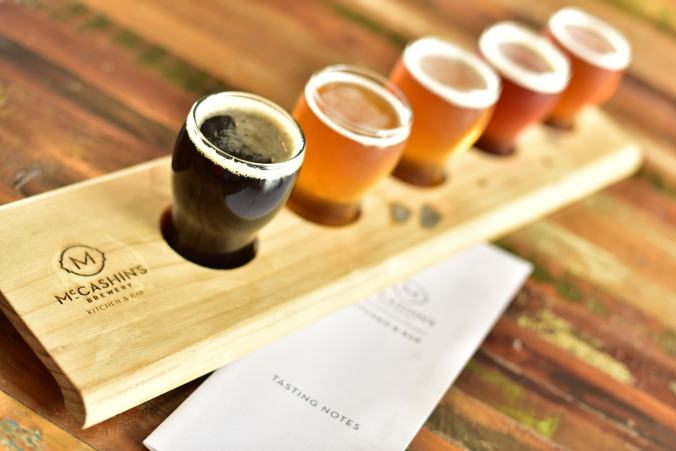 A beer tasting board at McCashin’s.

In the U.S., at least, New Zealand is most known for its sauvignon blanc, specifically from the Marlborough region at the top of the South Island. Walk into any American wine shop and you’re almost guaranteed to find a bottle of Cloudy Bay, the wine that basically introduced the rest of the world to New Zealand wine. Central Otago pinot noir, however, is also starting to make a name for itself, as are a number of other unique varietals.  Like other New World wine regions, New Zealand has more freedom to experiment with its grapes and winemaking styles than the Old World with its deeply entrenched rules. 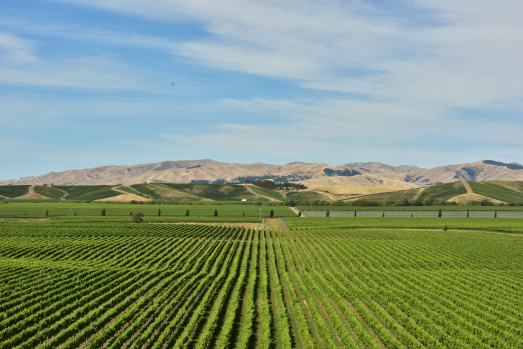 Harvest is about three weeks away for these merlot grapes.

These fruit crates are seen everywhere in New Zealand; they’re used for apples, plums, pears and of course wine grapes too.

The vines and the mountains in Marlborough.

Wine tasting in New Zealand is easy and accessible; cellar doors are signposted and tastings usually cost between $5-$15 per person. Many regions, such as Hawke’s Bay, have numerous cellar doors close enough to tour by bike, and of course there are dozens of tour companies happy to drive while you drink, too.

Neudorf Winery, Nelson. The vines are covered in netting to protect the ripe fruit from hungry birds. Many of the wineries have lovely gardens where you can enjoy a glass of wine and a picnic.

Surprisingly, most of the lower-end bottles ($8-15) you find in the grocery store here are actually from Australia or South Africa, because New Zealand makes more money exporting its wines – especially to China – than it does selling them at home. 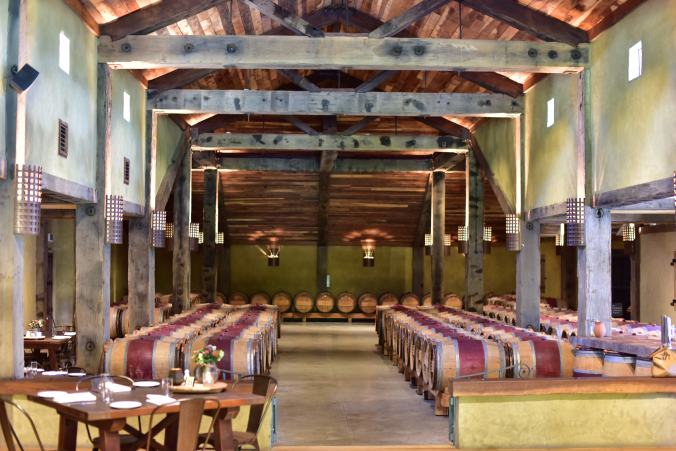 Finishing our picnic at Moana Park with their 2004 Colheita Port.