For our final week in Japan, we tackled the world’s largest metropolitan area. Tokyo has 13 million people in its center and about 33 million when the surrounding areas are included. Even with our travel experience in cities like Paris, London and New York, this city is a bit overwhelming. It definitely takes a couple of days to get oriented and to feel comfortable, and even then it can still knock you for six. Below please find some of N’s favorite photos from our week. 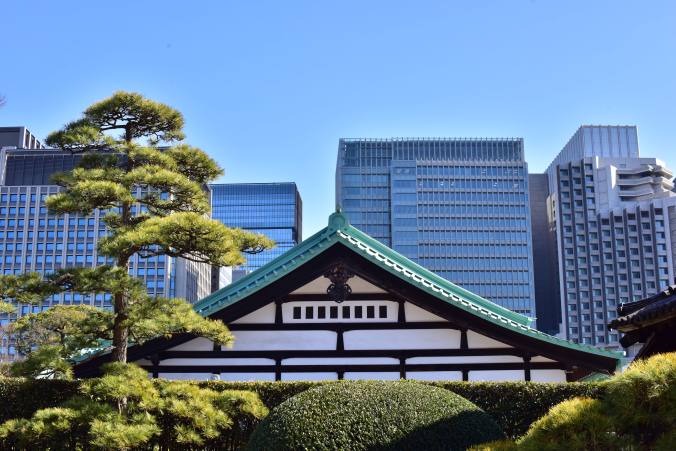 Tokyo is an often dizzying mix of ancient and modern.

Shrines and skyscrapers, kimonos and street fashion: a constant study in contrast.

Welcome to one of the world’s most efficient (and clean) public transport systems. 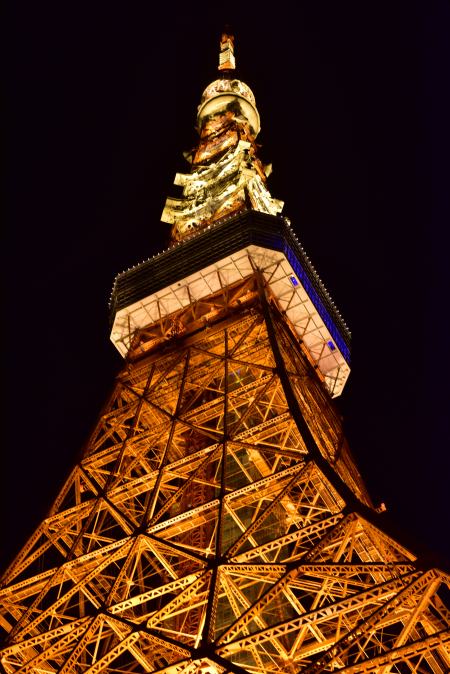 Installed in 1958, Tokyo Tower bested the Eiffel Tower by thirteen meters. One can imagine the French were none too pleased by this. 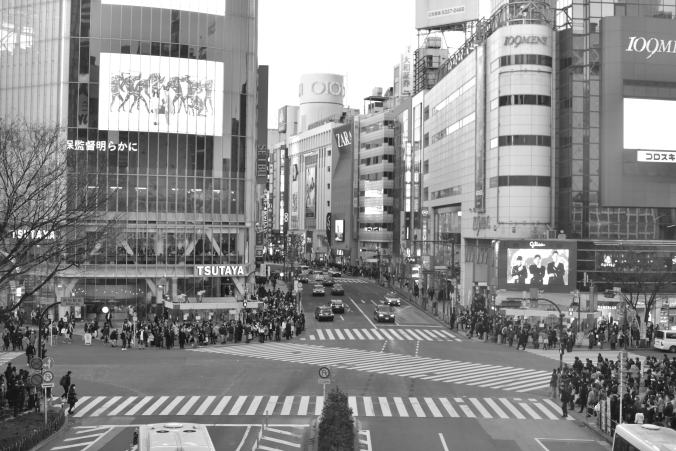 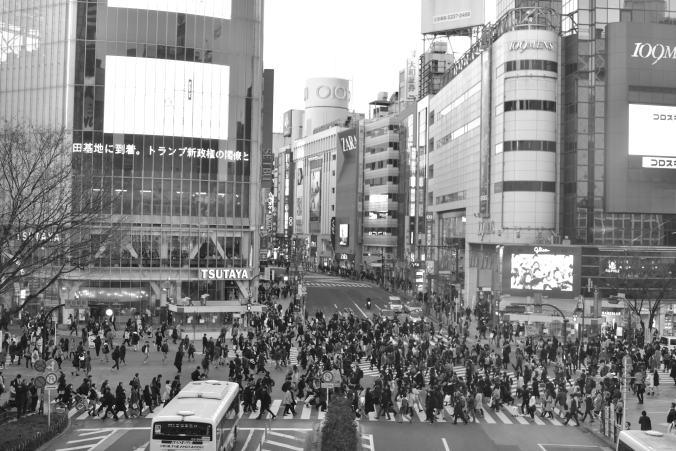 We went to a traditional Shinto wedding! Well, not really. We visited Meiji Shrine on a Saturday and it’s an extremely popular wedding spot. Now N can legitimately claim that he is an international wedding photographer! 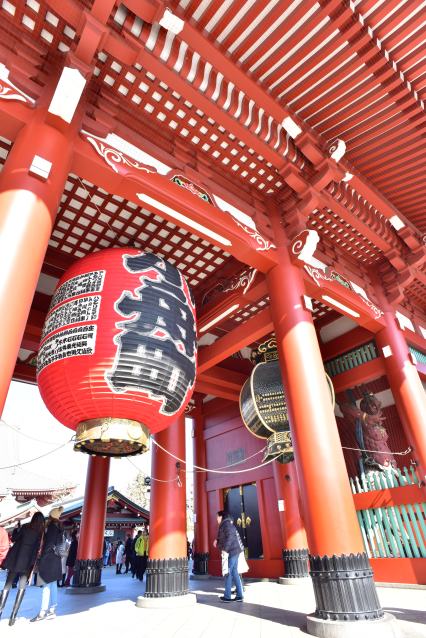 The enormous lantern at Senso-ji Temple. 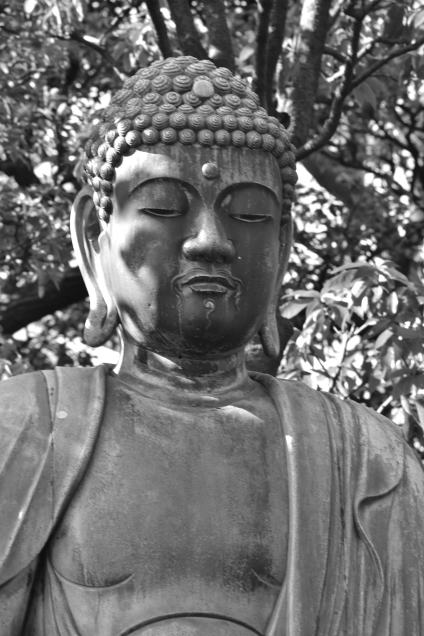 Even amidst all the chaos and neon, peaceful places exist.

It is virtually impossible to convey the visual impact of Tokyo at night.

A Nissan 2020 concept car in a showroom in Ginza district. The high-end area is famous for new product launches for everything from cars to fashion to electronics.

Even when Tokyo infuriates, it also manages to delight. These steps at Akasaka Station are actually TV screens with a constantly changing display. Stumbling (sometimes literally) upon public art like this is one of the joys of travel.

Street art on a hotel near Tsukiji Fish Market.

The Rainbow Bridge connects Tokyo and Odaiba and is illuminated in different colors according to season or holiday.

There is actually a pedestrian walkway along the Rainbow Bridge! It takes about thirty minutes to cross the bridge on foot. 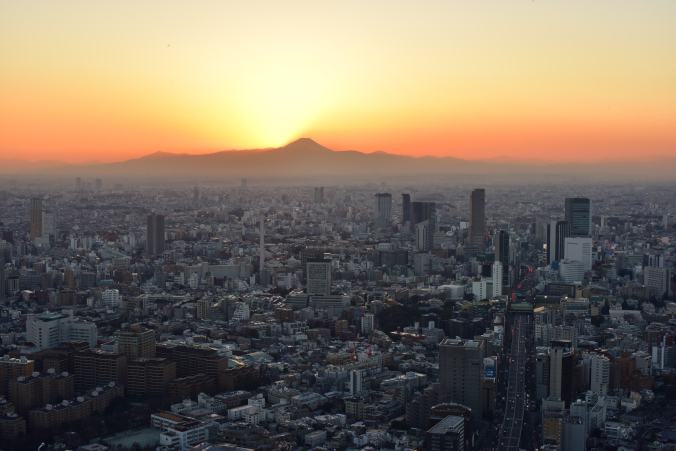 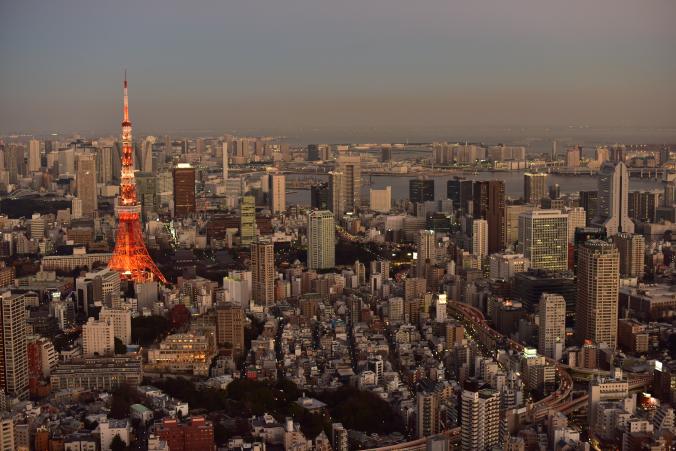 N waited for days to take these skyline photos from the SkyDeck at Roppongi Hills. It’s the only observation deck in the city that isn’t enclosed by glass; as such, it’s frequently closed due to high winds. 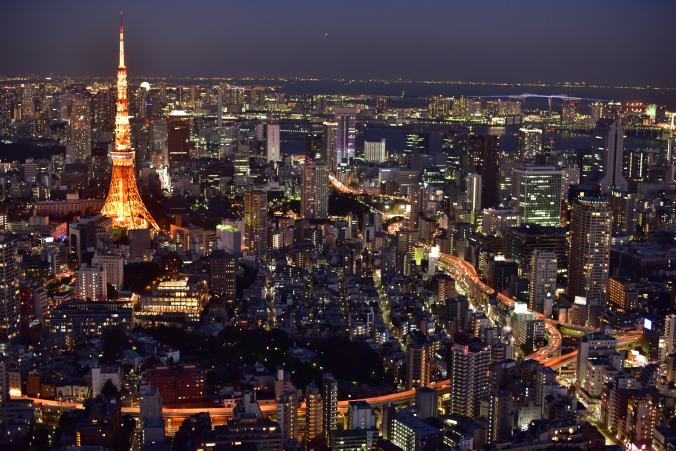 And with this, we leave Japan behind. See you in New Zealand!

8 thoughts on “Scenes from Tokyo”