There are few more iconic images of Japan than the ubiquitous temples and shrines found all over the country. Certain places, like Kyoto, have one around every corner, but even in Tokyo’s Blade Runner landscape they turn up in the most unexpected places. The temples are Buddhist and the shrines are Shinto, and in Japan these two primary religions co-exist peacefully. To paraphrase a lovely book I read about pre-Western Japan during our travels, Christianity would have done better here if they’d just installed gorgeous churches next to these temples and shrines. Essentially, these are as much about beauty, calm and aesthetics as they are about religion, and as such everyone is welcome, regardless of their beliefs. 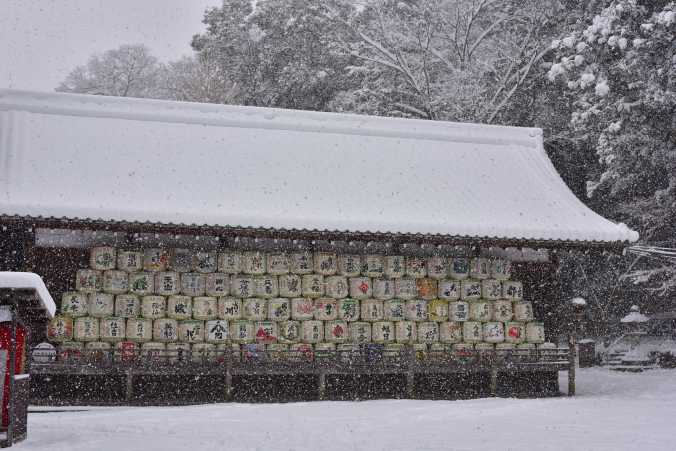 Ceremonial sake barrels at Matsuo-taisha Shrine. This shrine is a favorite pilgrimage site for sake brewers to pray for the success of their vintages. 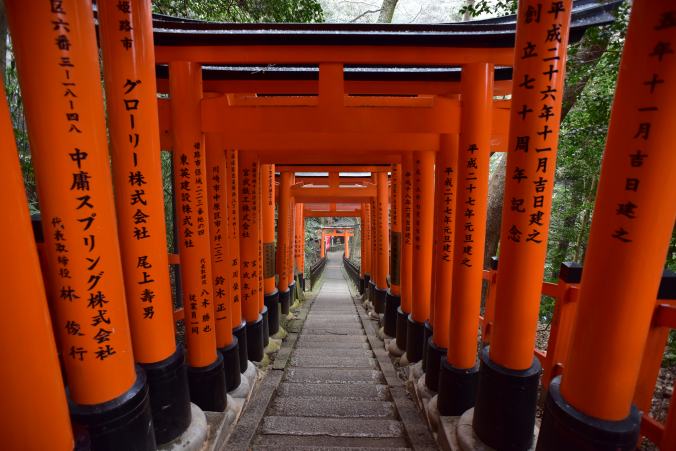 The summit of Fushimi Inari-taisha Shrine.

When you approach a Shinto shrine, you first throw a coin into the offering box. Then you ring a bell like the one above to summon the spirits. Bow twice, clap your hands twice, focus on your prayer in your mind, then bow once more.

Most of the shrines and temples have gorgeous paper lanterns that are illuminated at night. 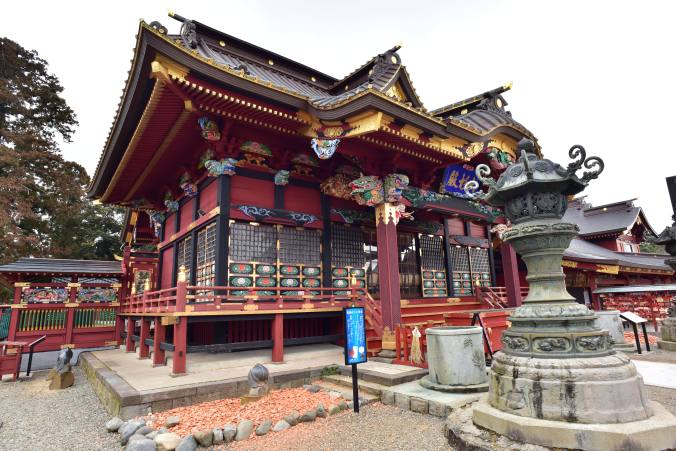 Osugi Shrine, Inishiki City, Ibaraki. We were taken to visit this shrine by Mitsuru-san, the owner of our second farmstay.

Though common themes could be seen, all of the shrines and temples we visited had incredibly unique details.

When you enter temple grounds, you wash your hands and rinse out your mouth from a ceremonial fountain.

We frequently came across statues with hand-knitted caps, scarves and cowls. A little research indicated that these are Jizo statues, named for the protector of children; he reverently guides their souls into the afterlife. The statues are placed on temple grounds to honor deceased children.

The main entrance gate at Meiji Shrine in Tokyo. The shrine is in a large leafy park which is a wonderful oasis of green in this frenetic city.

Meiji Shrine, Tokyo. The large drums are used for summoning the spirits.

Ravens aren’t necessarily malevolent in Japanese culture as they are in Western cultures; this bird is guarding wooden prayer placards at Meiji Shrine.

These varied and beautiful sites were such a joy to discover as we traveled around Japan, and their interesting architectural details and rich symbolism made them a highlight of our month there.

8 thoughts on “Temples and shrines”